Thank you all for attending the commemoration of the martyrdom anniversary of Shaheed Qasem Soleimani and Shaheed Abu-Mahdi al-Mohandes at the Qods auditorium, Madrasah Imam Khomeini (R), Qom.

The event started at 6:40 PM and was attended by 400+ participants comprised of the students of Qom from different countries along with their families and friends. It was truly a multi-cultural and multi-ethnic gathering of English speaking audience who gathered to pay tribute to the heroes of Islam.

Men, women, youth, kids and a number of senior scholars attended this event that started off with mesmerizing recitation of the Holy Quran by Ustad Dr. Rahimi from Afghanistan. It was followed up with enticing recitation of the Ziyarat Ashura by Br. Hasanayn from India. The 2-hour long event was emceed by our very own Sayyid Shahryar from the US.

A Live Talk Show with four panelists – Shaykh Muhammad Husayn (Trinidad and Tobago), Shaykh Ali (Pakistan), Sayyid M. Hashemi (Iran), Sayyid Behbahani (Canada) discussed the will of Shaheed Soleimani. Interesting points were brought up by the panelists in response to the questions raised by Sayyid Shahryar (US).

Shaykh Muzaffer from the UK performed a powerful and fiery piece of spoken word poetry about Shaheed Qasem Soleimani, the global revolution and Imam Mahdi (A). He highlighted how the world is clamped in the clutches of the imperialist and zionist system and how the resistance movement and the people of conscience are resisting against the system of arrogance and oppression today. The likes of Shaheed Soleimani and Abu-Mahdi al-Mohandes are on the frontlines of this battle.

The keynote speech was delivered by Shaykh Faroukh Sekaleshfar from the UK where he started discussing the topic of “Implications of the fact that nationality is a mental construct”. Shaykh Sekaleshfar’s words of wisdom and unique approach served as a food for thought for the attendees.

The kids and youth that came to the event received cut-out statues of the martyrs of Islam and headbands that read “I am also a Soleimani”. They also received the badges with Sardar Soleimani and Rahbar. The adults received Shaheed Soleimani’s Will’s booklet in English with Farsi – translated, designed and printed by SoQ.

Multimedia video clips of the Islamic songs and talk by Imam Sayyid Ali Khamenei, Sayyid Nasrallah, and Sayyid Hashim al-Haidari were played on the projector in subsequent intervals throughout the event.

All attendees were served with takeaway dinner and drinks.

A photo-frame was gifted to the volunteer families of SoQ and special guests that attended the event.

The event was planned, organized, funded and executed by SoQ’s Team of Volunteers, their families, friends, and supporters. Please remember our team of volunteers in your duaas and that we be able to pave the ground for the reappearance of Imam Al-Mahdi (ATFS). 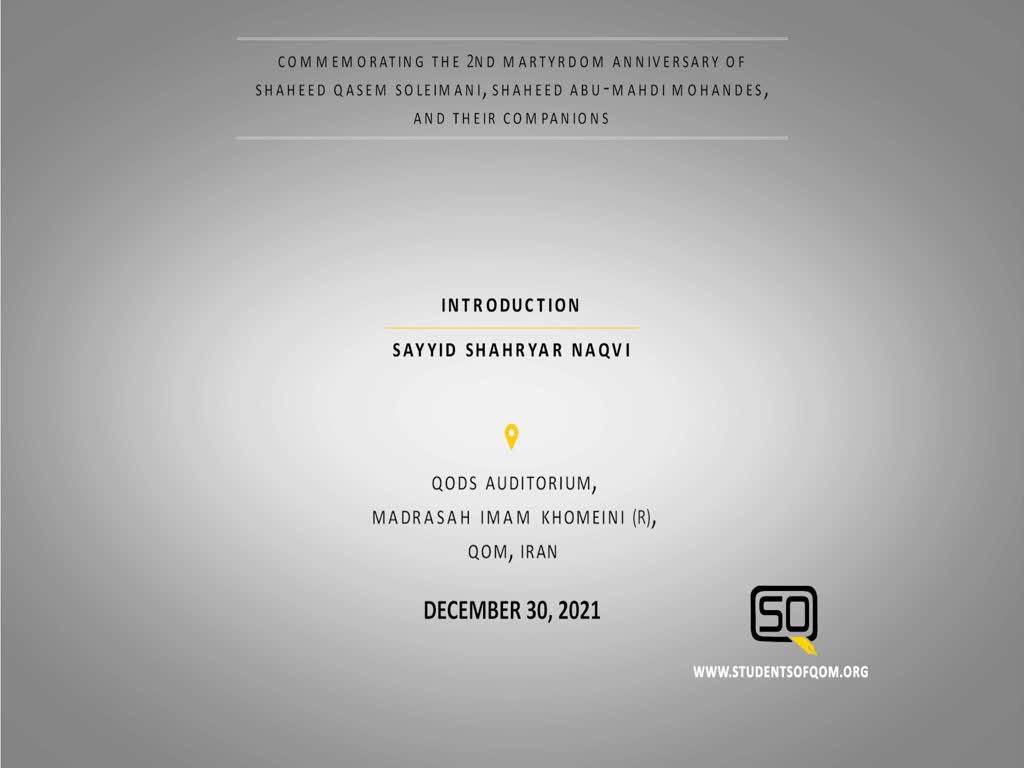 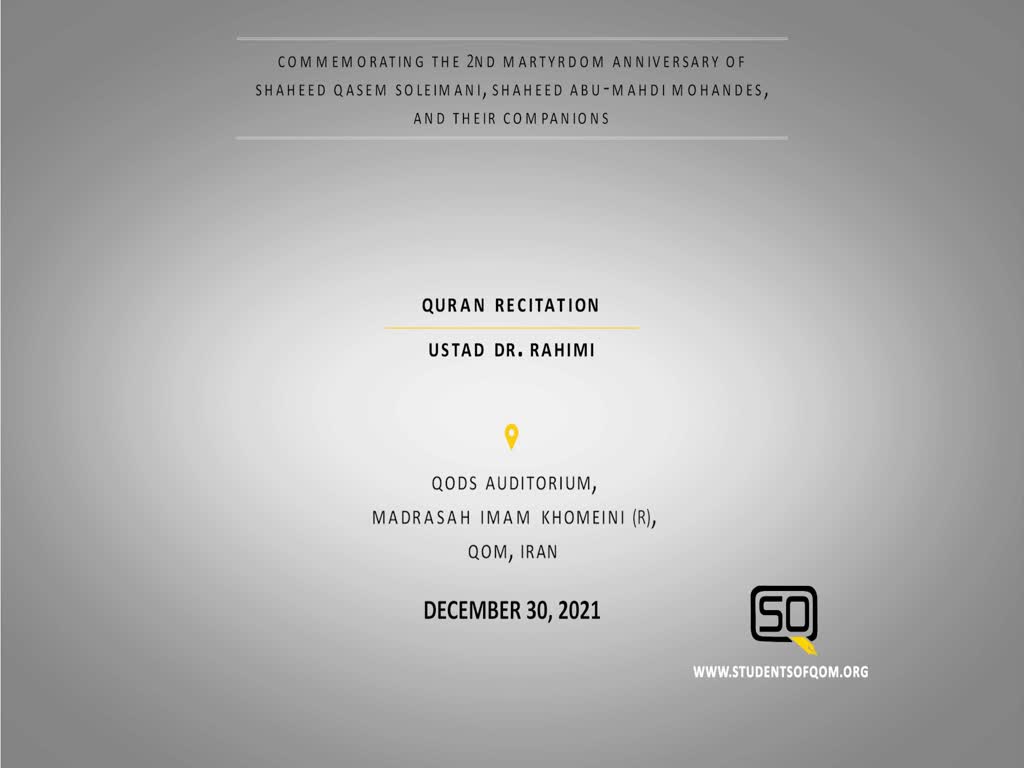 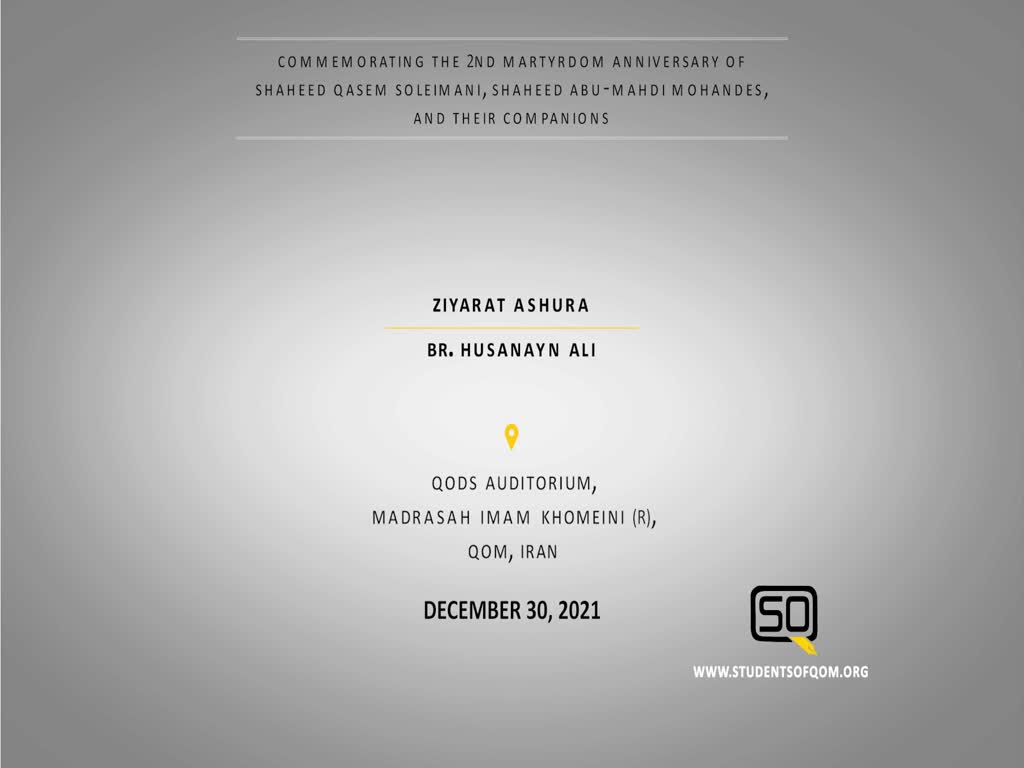 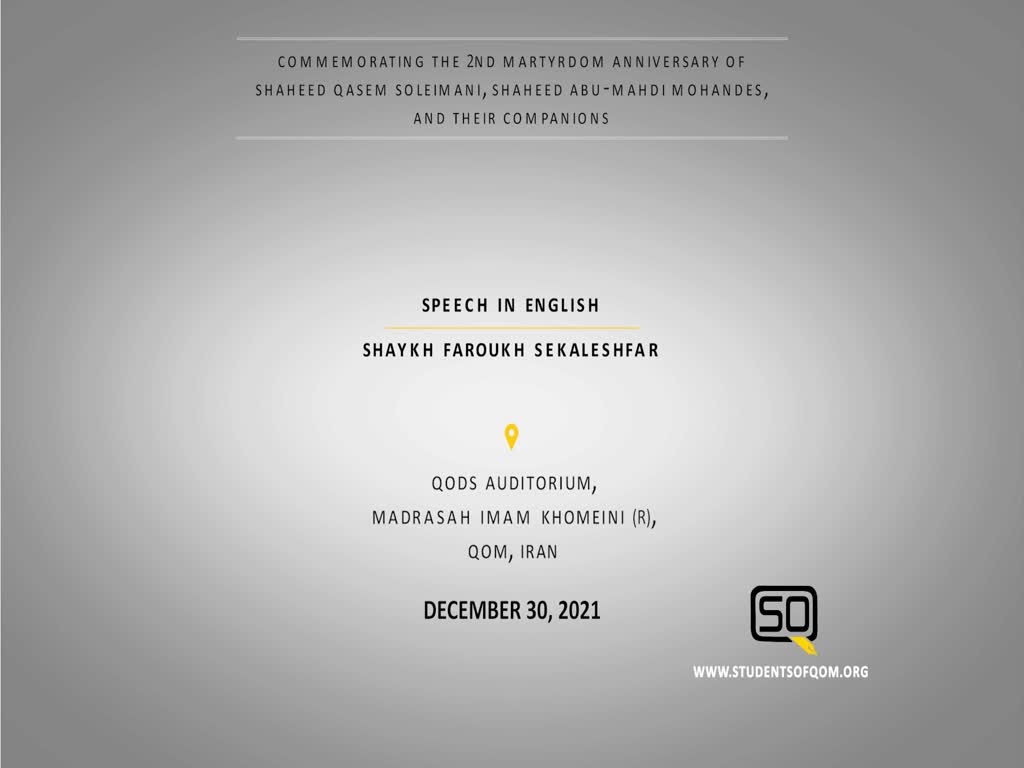 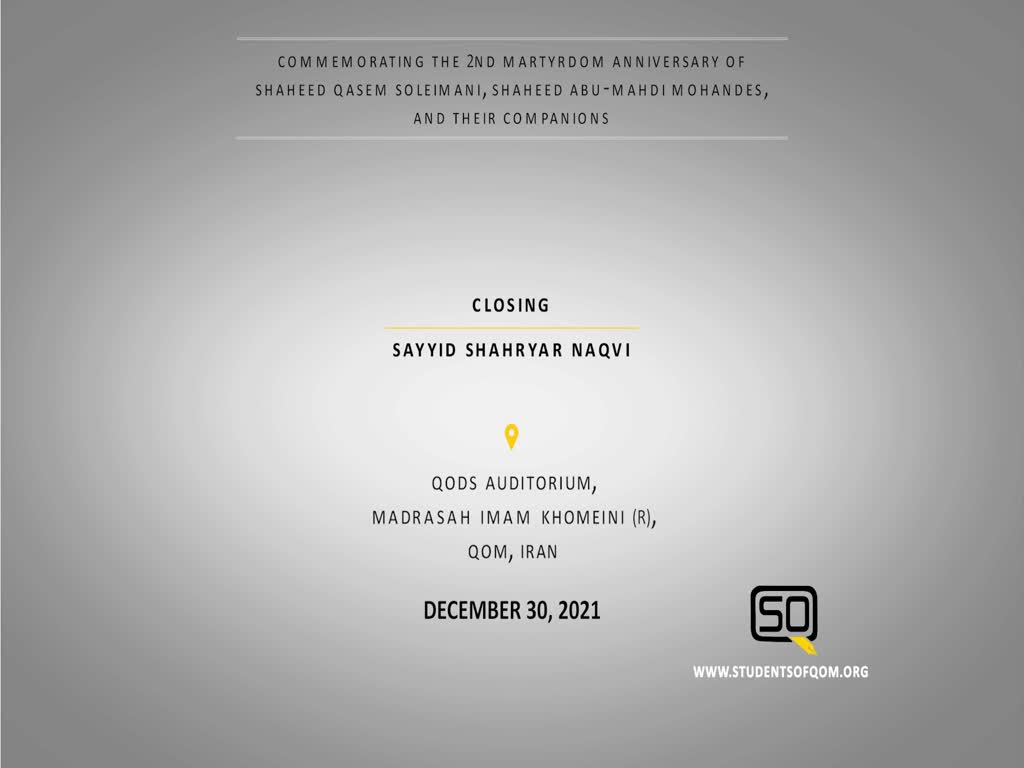