With the donations of some of our generous sponsors as well as other well-wishers, the SOQ team managed to gather some funds that were sent to assist the war-torn country of Yemen. The crisis in Yemen is the largest humanitarian crisis in the world today and millions of innocent children are being robbed of their futures. There are more than 24 million people – approximately 80 % of the population – in need of humanitarian assistance, including more than 12 million children. 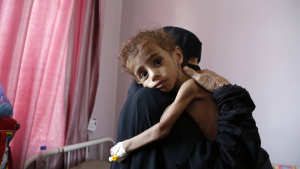 Since the Saudi and United Arab Emirates led and western fueled, sponsored, and encouraged conflict escalated in March of 2015, the country has become a living inferno for the country’s innocent children. Acute malnutrition rates among children under the age of 5 are the highest ever recorded in parts of Yemen, with more than half a million cases just in the southern districts. 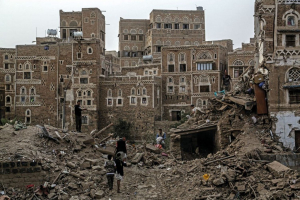 And now, with COVID-19 spreading, Yemen is facing an emergency within an emergency. Sanitation and clean water are in short supply. Only half of the health facilities are functioning, and many that remain operational lack basic equipment like masks and gloves, let alone oxygen and other essential supplies to treat the coronavirus. Many health workers are receiving no salaries or incentives. 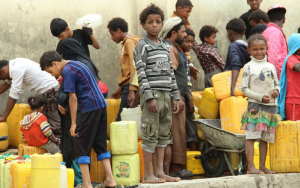 The UN’s humanitarian coordinator for Yemen, Lise Grande has said “Yemen is on the brink of a catastrophic food security crisis. If the war doesn’t end now, we are nearing an irreversible situation and risk losing an entire generation of Yemen’s young children.” 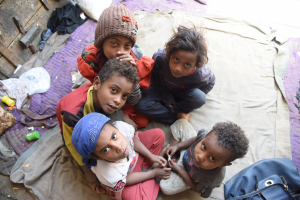