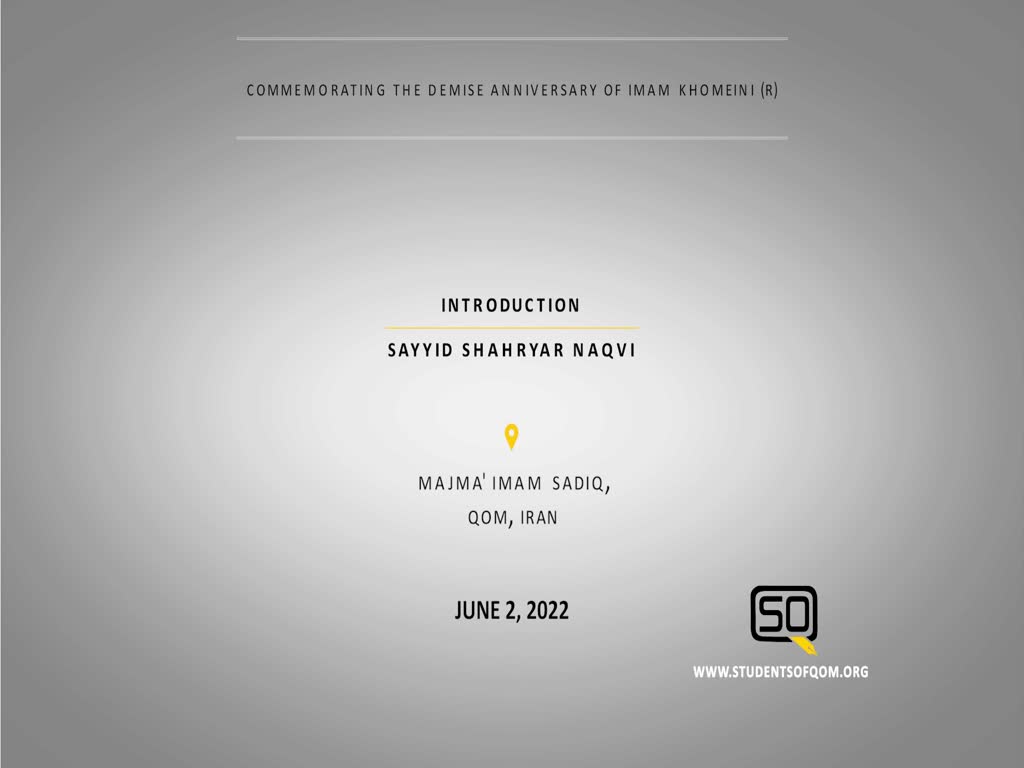 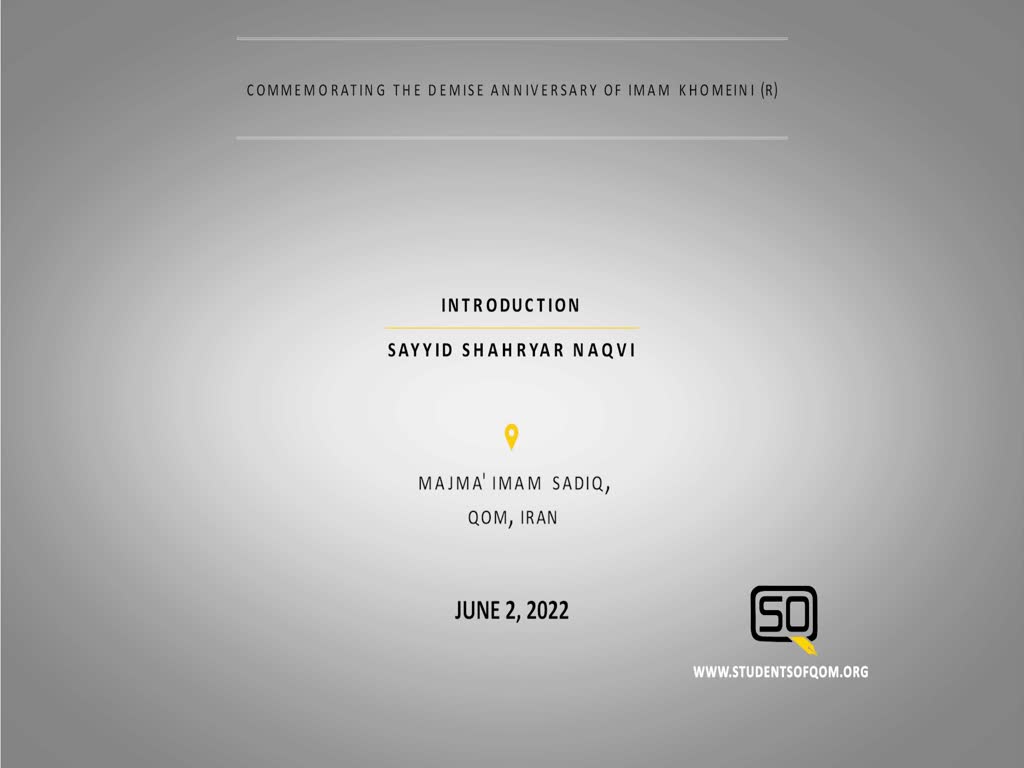 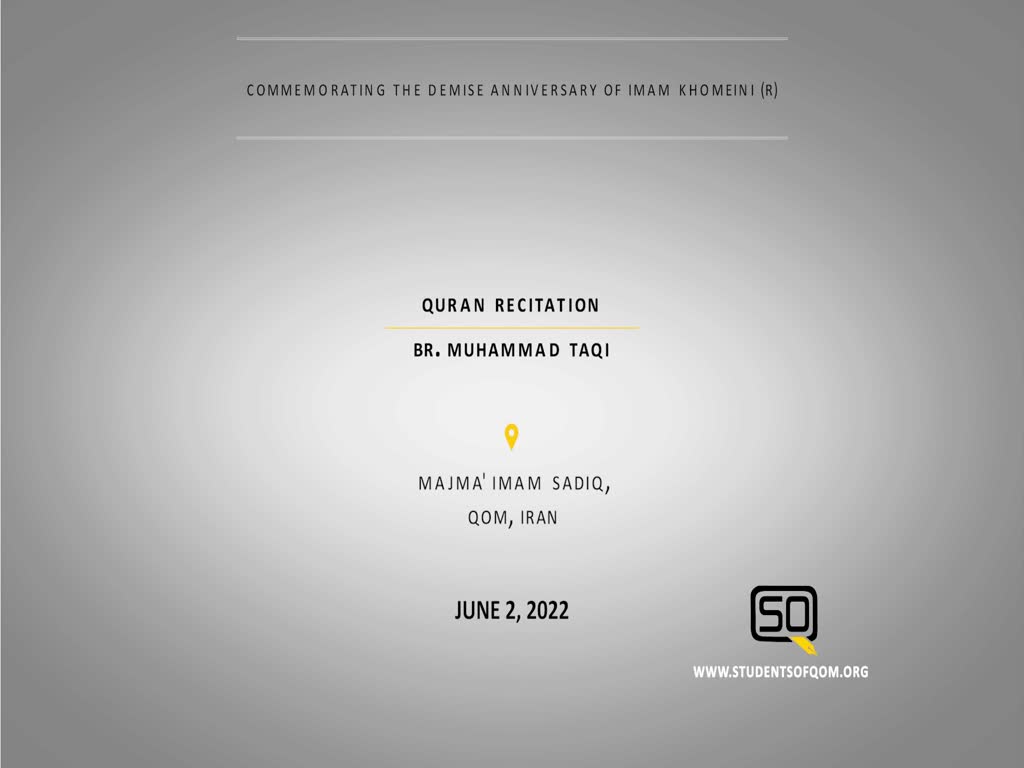 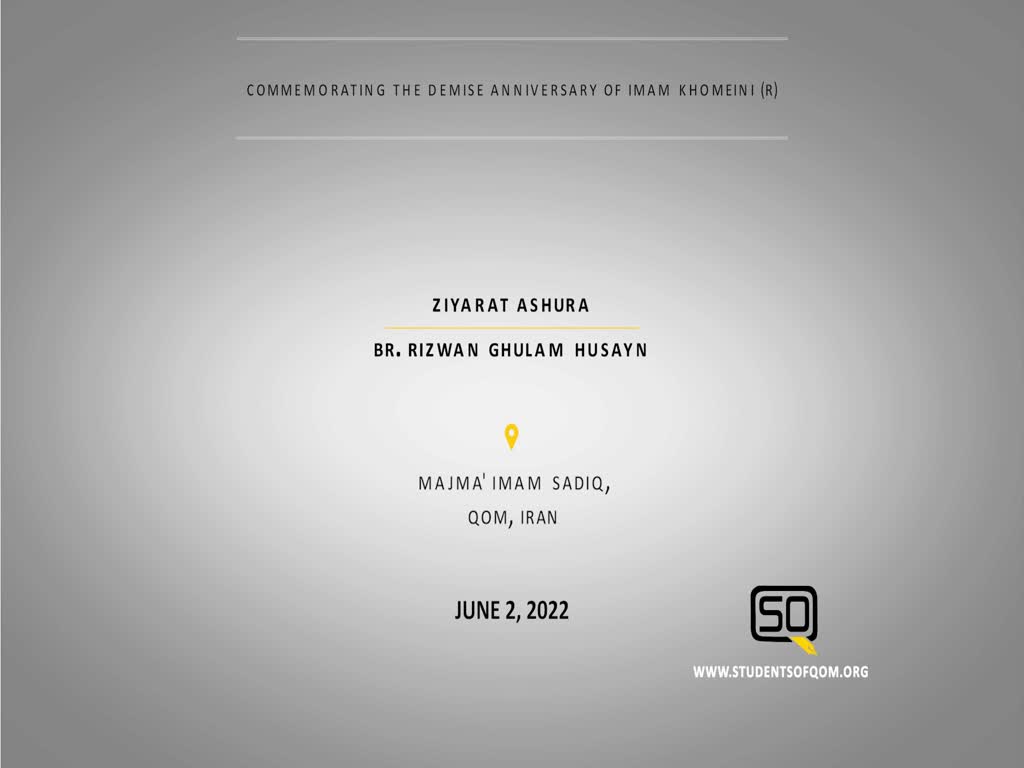 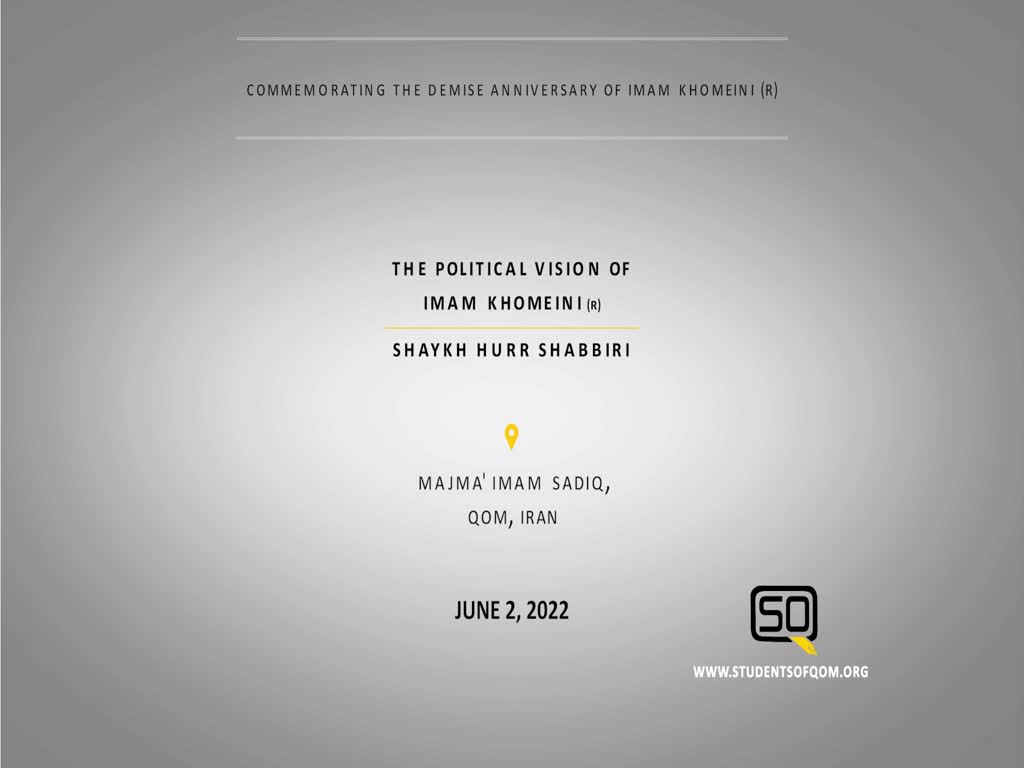 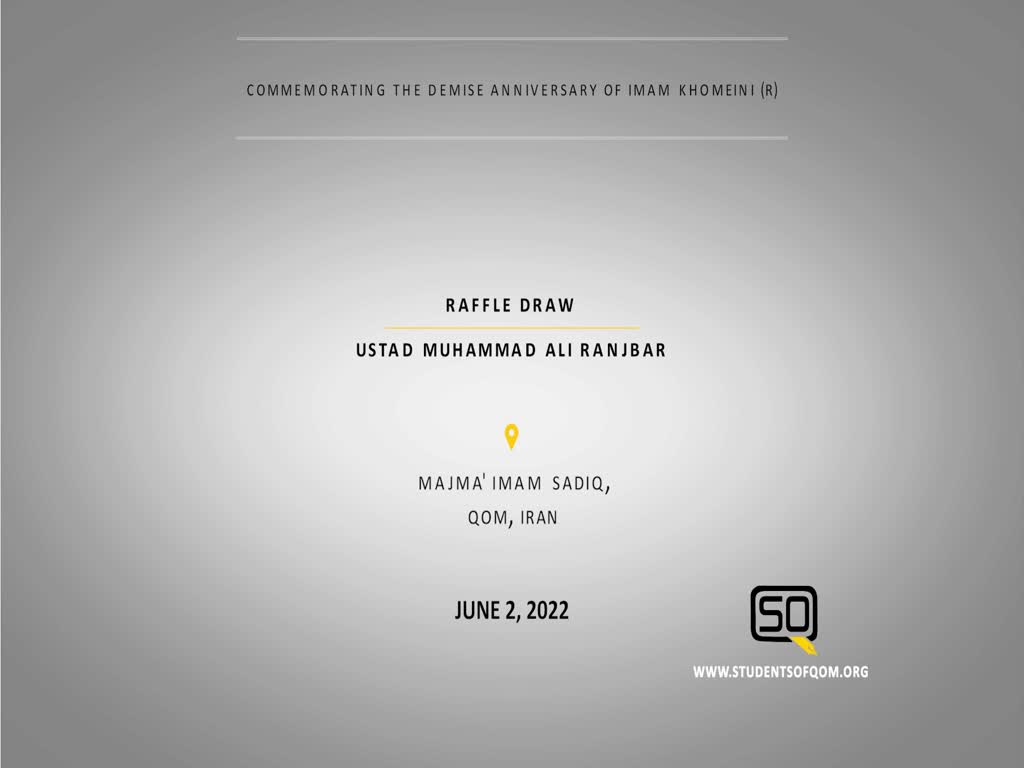 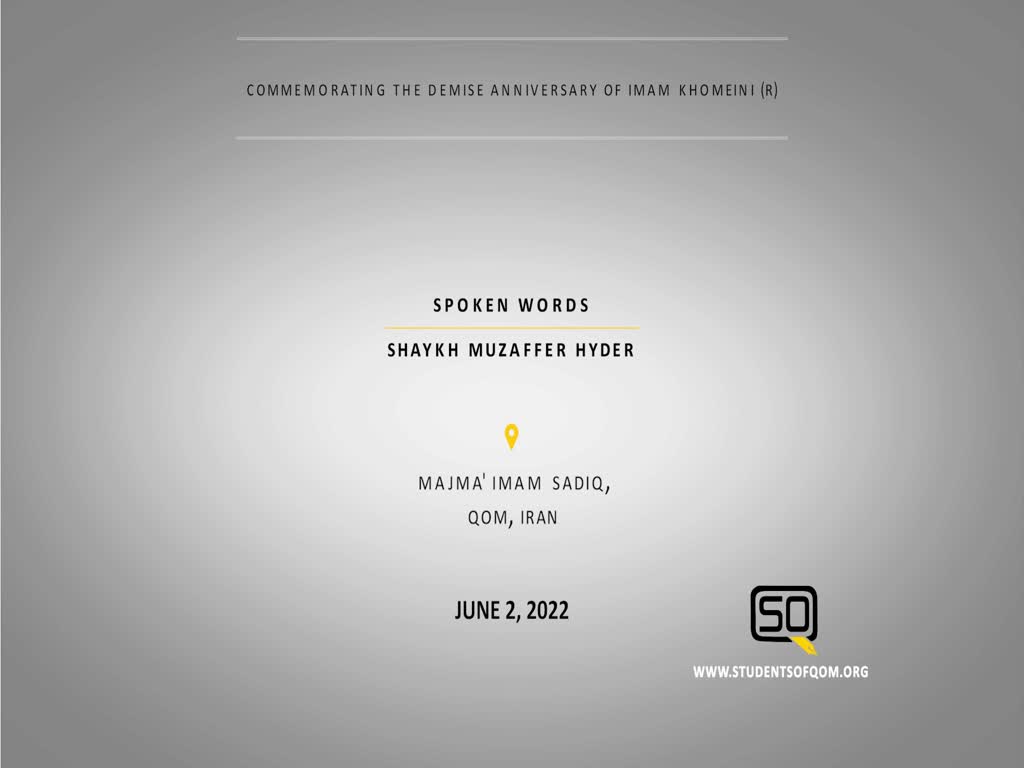 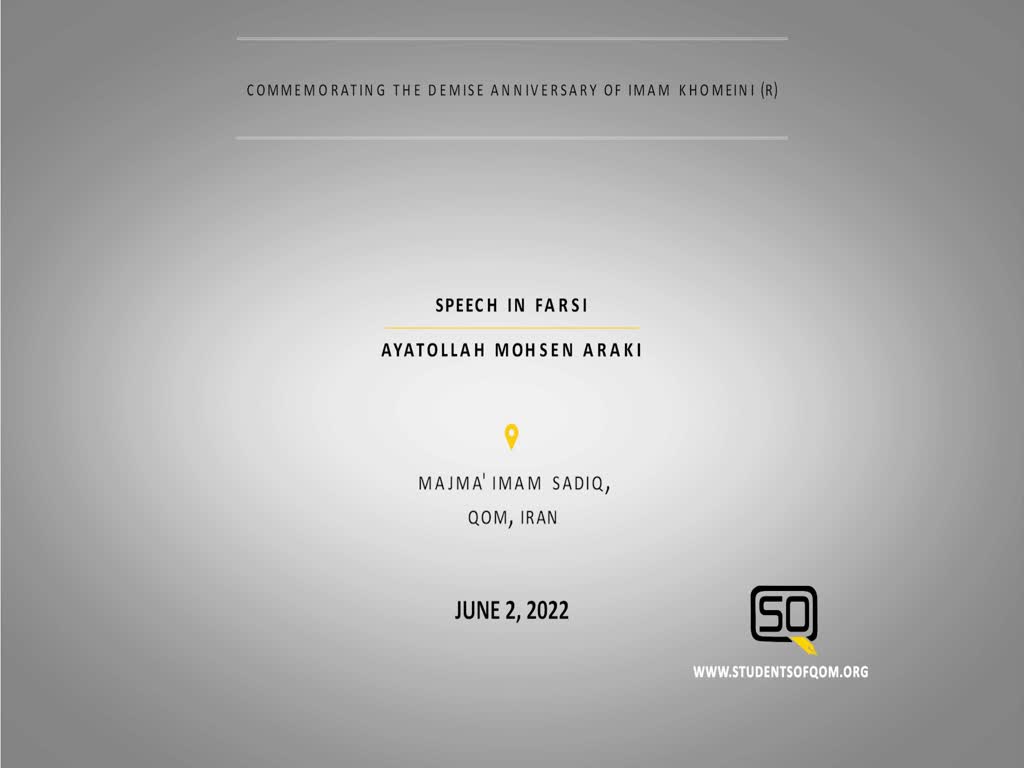 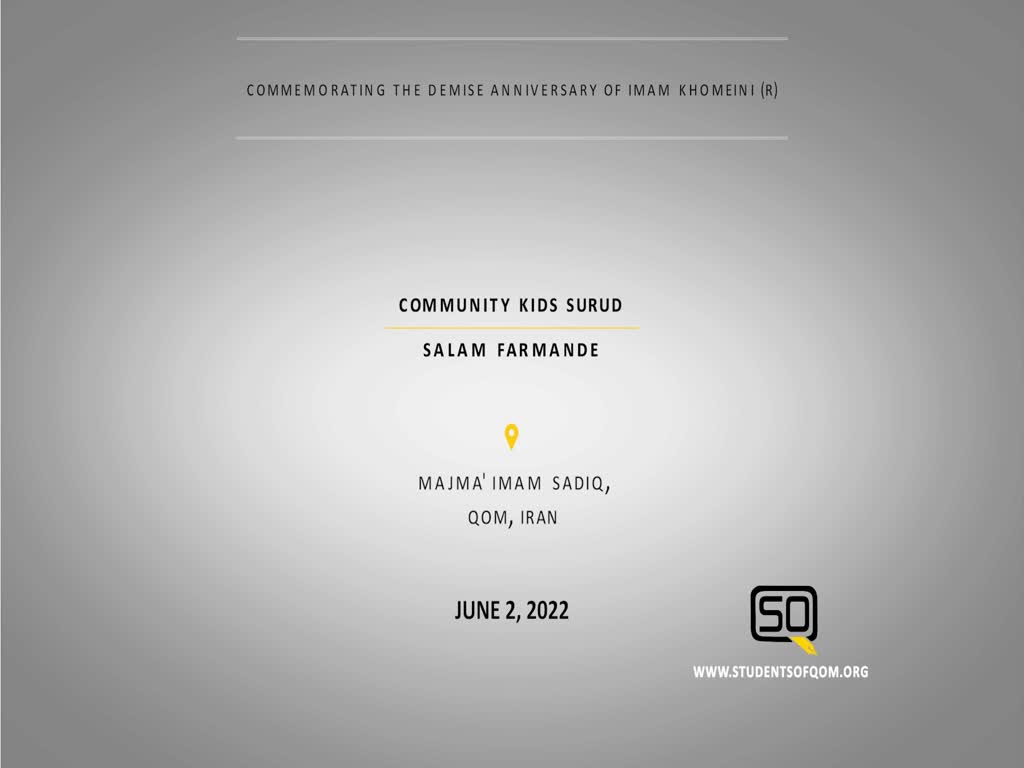 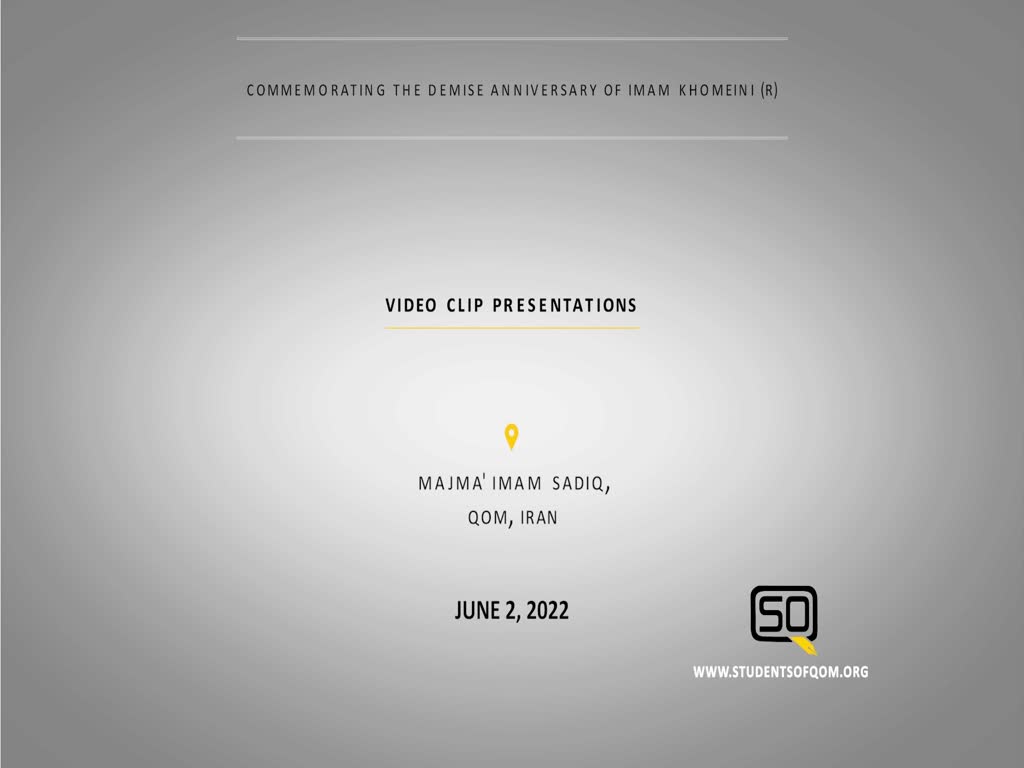 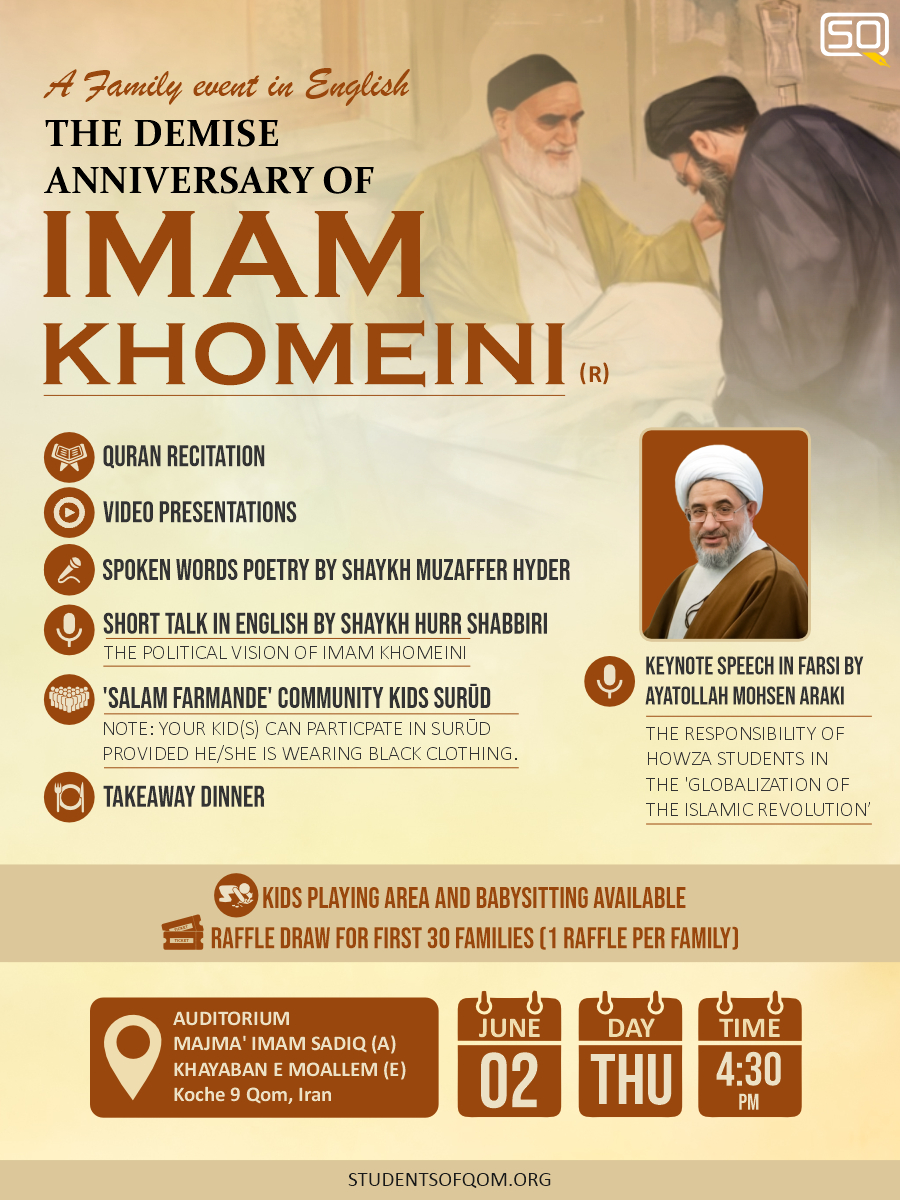 The event started at 4:30 PM and was attended by 380 participants comprised of the students of Qom from different countries along with their families and friends. The auditorium (downstairs and upstairs) got filled up with adults while the praying hall got occupied by the kids.

Men, women, youth, kids and a number of senior scholars attended this event. Sayyid Shahryar from the US emceed the event which started off with mesmerizing recitation of the Holy Quran by Br. Taqi from Afganistan followed up with enticing recitation of Ziyarat Ashura by Br. Rizwan from Pakistan.

Shaykh Hurr Shabbiri – visiting scholar from the UK – delivered a short speech where he delivered ‘The Political Vision of Imam Khomeini’.

Shaykh Muzaffer from the UK presented an outstanding spoken word poetry detailing a conversation between the Americans & the British regarding Imam Khomeini (r).

Ayatollah Mohsen Araki from the Islamic Republic of Iran delivered the keynote speech outlining the great accomplishments of Imam Khomeini (r) and how following his footsteps and principles is a key to success for all of us.

Kids were all dressed with headbands and scsrves by our volunteers to perform the ‘Salam Farmande’ Surūd on stage. Hundreds of live audience applauded their performance with Salawaat on Muhammad wa Ale Muhammad (s).

The kids area was prepared by our female volunteers with toys, games, snacks and sweets. Many kids participated in the drawing and coloring activities managed by our youth sisters.

Multimedia video clips of Imam Ruhollah Khomeini, Imam Sayyid Ali Khamenei, Ayatollah Misbah Yazdi, and Dr. Abbasi were played on the projector in subsequent intervals throughout the event. A beautiful elegy video by Mahdi Rasouli was titled ‘Labbaykh ya Khomeini’ was played at the beginning and the end of the event. All clips were subtitled in English.

All attendees were served with takeaway dinner and drinks. Tea and snacks were made available throughout the event. Our volunteer families and many attendees stayed behind for cleaning and wrap up. May Allah bless them all.

Please remember our team of volunteers in your duaas and that we be able to pave the ground for the reappearance of Imam Al-Mahdi (ATFS).

_
Students of Qom (SoQ) is a non-profit, non-governmental association of Islamic Seminary English speaking students in the Holy City of Qom, with the aim to promote, encourage, facilitate, and carry out the propagation of pure Islam’s message to all corners of the world, especially to the English speaking communities.